Last week I asked the question why would God want to become human? The answer the Bible gives involves a sobering truth that is uncomfortable and disturbing.

The long dark nights of winter in the northern hemisphere point us to the moral darkness of the human soul. Despite the many optimistic voices we hear, deep down we are much more pessimistic. We may rarely express our deep-seated pessimism, but in our truly honest moments it haunts us and disturbs us deeply.

The dark side of Christmas is most forcefully illustrated by the Massacre of the Innocents. What drove King Herod to murder every baby boy in Bethlehem around the time of Jesus’ birth? (Mat. 2:16-18) It reminded Matthew as he wrote his gospel account of the prophet Jeremiah’s words half a millennium earlier. There was bitter weeping that night for every mother in Bethlehem. (Mat. 2:8, cf Jer. 31:15)

The heart is more deceitful than all else
And is desperately sick;
Who can understand it?
(Jer. 17:9)

Who indeed could fathom the motives that would murder innocent children? 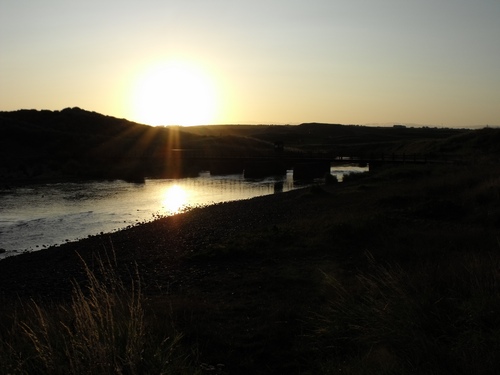 But lest we consider the darkness of Herod’s soul unusual and unique, John reminds us that such moral darkness is a universal human condition. Speaking of Jesus he says,
“in him was life, and the life was the light of men. And the light shines in the darkness and the darkness did not overpower it. . . . There was the true light which, coming into the world, enlightens every person.” (Jn. 1:4,5,9)
We cannot escape the conclusion that we share Herod’s moral darkness, even though his terrible deed is repellent and repugnant to us.

In our truly honest moments we must agree with Jeremiah’s assessment of our deceitful hearts. We know our deep sickness. And we feel hopelessly inadequate to deal with it. Our condition is terminal. The Bible calls it sin, and we do well to feel inadequate in the face of it.

But Advent is a time to remember Hope. The first human sin, for all its seeming hopelessness, led to a great promise of hope. Though God pronounced deserved judgment on our first parents, he gave them an incredibly hopeful promise. Addressing the one who had infected the human race with such a deadly condition he said,

So hopeful is this promise that Christian theologians call it the Proto Evangelium, the First Gospel, the Initial Good News.

What this promise meant was that the problem of sin would be dealt with once and for all by a future human being. This deliverer would be human, and his deliverance decisive. In the face of the moral darkness of sin, we could be hopeful, not hopeless.

And yet centuries passed without the appearance of this promised deliverer. The second human generation brought murder into our world. And within a millennium the moral darkness of the human race had developed into such radical corruption that God found it necessary to destroy all but eight human beings (Gen. 6–9).

Bible history honestly portrays human scheming, lying, murder, rape, incest, cruelty and torture. But running through the account are reminders of that first hope. A thoughtful reading of the account cannot but lead one to the conclusion that delivering on the promise will be a tall order for God.

But deliver he does. Jesus is God’s deliverer, the fulfilment of God’s promise.

Why would God want to become human? Because he had a promise to keep. He promised an effective human deliverer, and none could be found suitable. John’s gospel account talks about the pervasive reality of sin and our inability to cure it ourselves.

If God would make good on his promise he would have to become a human being himself and turn back the darkness. Advent is a reminder that Jesus Christ is that human being. As John puts it, “the Word became flesh and dwelt among us.” (Jn. 1:14)

But this was no plan B. It had been God’s intention all along. A careful reading of the unfolding of the promise through the pages of the Bible shows that only a man who was God could ever have fulfilled the promise.

If we would know the reality of hope in a seemingly hopeless world we must place our trust in Jesus. That’s the reason John wrote his gospel account. Why not reread it this week and look out for all the reasons John gives why you should hope in Jesus and place your trust in him.

This was first posted at Gilnahirk Baptist Web site on 6 Dec 2009.

This site uses Akismet to reduce spam. Learn how your comment data is processed.

Verse of the Day

Online Bible by Logos
Add this to your site!